The meterhead and the electronics form one integrated unit, wrapped in a stainless steel housing, on which the removable terminal box is mounted.

The electronics and the terminal box are identical with the versions used in the existing PD 340 range, so that existing plants can be upgraded to the new, larger flow transmitter without changing the control system or the wiring. The robust construction makes it ideal for harsh environment applications, such as trucks for milk collection.

In the food industry, it is very common for the same flowmeter to be used to measure a number of different liquids, which typically have large variations in viscosity. Unlike many other flowmeters, this is no problem for the PD 340, because of its unique construction. Even when calibrated on water, it is still capable of measuring products having a much higher viscosity, such as cream or yoghurt, while still obtaining high measurement accuracy.

Like the rest of the PD 340 family, the C 102 model is able to accurately measure flow rates down to 1 % of its maximum flow rate (100:1 turndown), when the linearizing function is enabled.

Just like the rest of the products from PROCES-DATA, the PD 340 is manufactured at our factory in Silkeborg, where the product development takes place as well.

On the extended version electronics it is possible to connect the transmitter to a P-NET Fieldbus (data communication network) for central data collection or control. 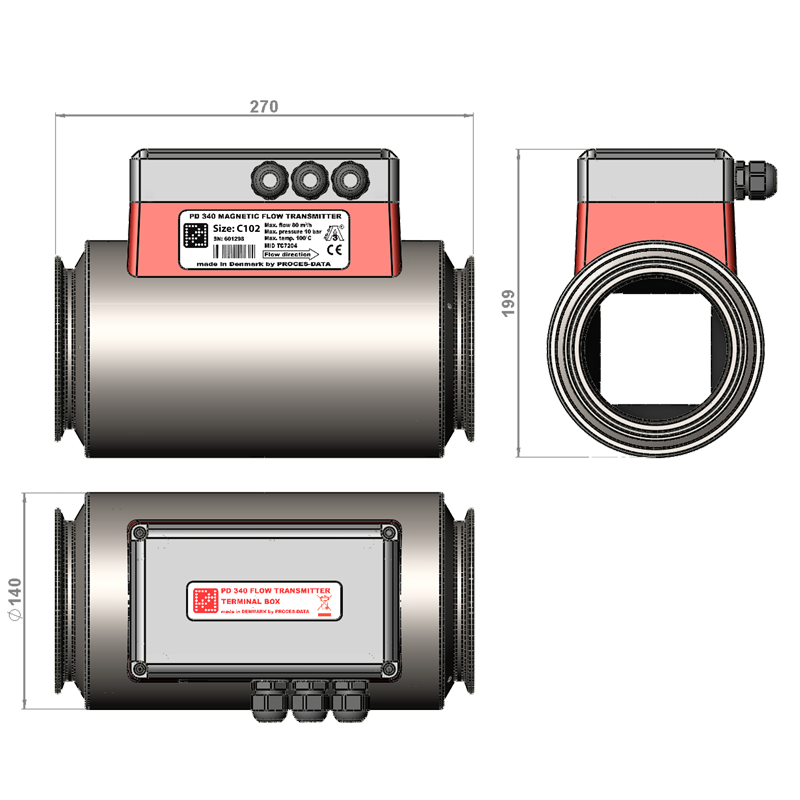 All dimensions are in mm.